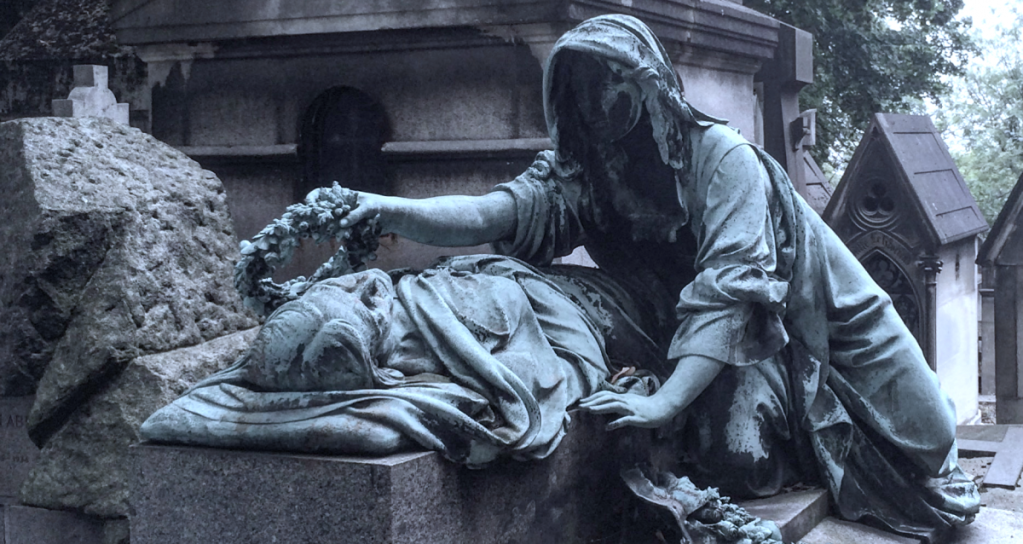 We’re counting down the days to Hallowe’en with some #SpooktasticReads. Today’s prompt – dark fantasy – is the perfect excuse to enthuse at you about one of my favourite series: Aliette de Bodard’s Gothic fantasy Dominion of the Fallen.

Come, enter the shadows of Fallen Paris with me…

Aliette de Bodard is one of my favourite authors, given to crafting gorgeous worlds peopled with fascinating characters. From the sentient space ships of the Xuya to her post-apocalyptic dragon kingdoms, she never fails to pull me into her tales and then ruthlessly sets about wrecking my heart in the best possible way.

On Earth as it was in Heaven

The Dominion of the Fallen is an alternate Paris, some time in an unrecognisable 20th century. The Fallen lost the War in Heaven. Banished, their wings destroyed in a blaze of feathers, they have lived among us for centuries, playing their deadly power games. Their Houses accumulated magical artefacts and temporal influence until feuds spilled over into inevitable war on Earth.

In its wake, the Houses are diminished. Morningstar – first to fall, unequalled by those who followed – has disappeared, leaving House Silverspires in disarray. House Hawthorn has survived a deadly coup and its dangerous new Head has a nose for others’ weaknesses. South of the river, slippery House Harrier bides its time, a threat none can afford to ignore. House Lazarus is charitable, but in the Dominion of the Fallen every gift has strings attached.

Nobody can be trusted unless it’s in their own interest; the fragile peace held by fear of mutually-assured destruction and a cruel framework of retribution for transgressions.

The City of Light has become a city of shadow, its glory shattered by the Great War. This is Paris etched jagged against the night sky, the Seine roiling murderously through its heart. Notre Dame is Morningstar’s former seat, but the Île de la Cité is a crumbling fortress nobody has the money or power to maintain. Les Grands Magasins are a no-mans-land, stalked by the desperate or the dangerous. Familiar sights are recast as ghostly mansions, burnt-out wrecks, or mouldering old piles; the flickering lights always uncertain, the safety usually temporary.

Magic to the bone

…and through it all stalk the Fallen in their fine clothes and expensive cars. They are the 1%, but they’re far from untouchable. Magic lives in their very bones and the mortal gangs ambush them to quite literally take them apart, the fresh-made relics lending a brief burst of power – or an addictive high.

The Dominion of the Fallen is unavoidably dark – The House of Shattered Wings opens with the attempted dismemberment of a newly-Fallen victim – but de Bodard’s incisive narratives leave no doubt that this society is being judged and found wanting. Her Fallen aren’t angst-ridden angels trying to find their way back to grace (not least because none of them can remember why they fell) – they’re creatures of fading but irresistible heavenly glamour, certain of their superiority. These books will cut them down to size, confronting them with their sins and the consequences of their choices.

Not that they necessarily mean to cause harm. The Fallen aren’t demons (well, not all of them). But the road to Hell is paved with good intentions, as more than one character will discover. One book’s antagonist is the next book’s … yes, okay, he’s still an antagonist, but we get to see him in a different light, at times admirable in spite of being – objectively, unapologetically – a monster. Even better, we get him in a sexy silk bathrobe, but I digress. Asmodeus may like hurting people (and oh, he likes it), but he’s a force of nature who will always sacrifice himself in defence of those he cares about.

While Dominion of the Fallen may be pitch black at times, there’s a bright, fierce flame at its heart. There’s always hope however bleak the circumstances; whether it’s born of Philippe’s stubbornness or the relentless determination of Houseless aunties to bully everyone (including Philippe) into doing the right thing. Community is important here – especially outside the tenuous protection of the Houses.

There’s even room for romance, with the central relationships triumphantly queer, as well as for unlikely friendships. Philippe may hate the Fallen, but he cannot extricate himself from fresh-fallen Isabelle, determined to save her from herself if he can in spite of their inauspicious first encounter. Idealistic, compassionate Emmanuelle befriends a person she first feared then despised. Things change when you’re immortal, ageless but not immutable. And that too is a source of hope.

…and if all that weren’t enticing enough, there are dragons and spirits of Viet pantheons – none of whom are fond of the colonising Fallen. The dragon kingdom is a parallel world of wonder, its politics as complex – and as perilous – as the House wars of Paris.

Yes, but why are they spooktastic?

Don’t worry, if world-building and atmosphere aren’t enough for you, Aliette de Bodard has got you covered. In The House of Shattered Wings, the shadows themselves stalk and kill; The House of Binding Thorns is obsessed with necromantic rituals; and The House of Sundering Flames sees a House turn cannibal as a terrifying, unstoppable force rages through Paris consuming everything in its path. Come for the shivers, stay for the politics and the unflinching mirrors.

Where do I start?

The Dominion of the Fallen consists of three novels, several novellas and a bunch of novelettes and short stories. Avoid series spoilers by starting with The House of Shattered Wings – a Gothic mystery of unavenged sins – or if you don’t mind knowing who will survive the novels, dive in at Of Dragons, Feasts and Murder for a stand-alone novella that focuses as much on acknowledging your culture’s shortcomings as solving a murder and foiling a coup.

Dipped your toe? Full details of all the stories, including chronological order, can be found on Aliette de Bodard’s website.

Personal favourite? Either Court of Birth, Court of Strength (a stand-alone prequel story) or Of Dragons, Feasts and Murders. Hey, I outed myself as an Asmodeus fangirl years ago, what did you expect?