Top Ten Tuesday was created by The Broke and the Bookish, and is now hosted by That Artsy Reader Girl. It’s all about books, lists and sharing the love we have of both with our bookish friends. This week we’re talking about the books Netflix or Amazon or HBO or SOMEONE should hurry up and put on our TVs, dammit.

I had a tilt at this topic a couple of years ago and the industry have thoughtfully signed at least two of the books I picked (you’re welcome). So for all those Amazon and Netflix producers who read my blog (erm), I have plenty more ideas for you…

…but not today. Today, I want to get excited about some of the books that are already on their way to our screens (hopefully. It’s a long old journey, with many blind turns and dead ends).

When I included this in my line-up last time around, I didn’t think it stood a hope in hell – too weird, too dark, and you’d need a hell of an actress to pull it off. But Molly Southbourne has been signed and a movie is in the works… I’m going to temper my excitement until I see a director, but – who am I kidding. I AM EXCITE.

Another of my picks last time is heading to our TV screens thanks to the dynamite team of Simon Pegg and Nick Frost. I feel those boys have a handle on dark, irreverent but oddly touching, so I’m really happy to see PC Grant in their hands. Still here for Tom Hiddleston as Nightingale, if  you were wondering, but I’d like to see a newcomer break through as Peter. 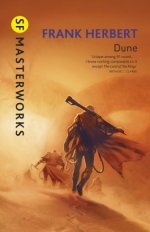 Shocker, a classic scifi title on my list? Don’t worry, I’ve not been replaced by pod people. I didn’t love Dune when I read it 20 years ago, but I will watch anything made by Denis Villeneuve (although I may have regret afterwards. Prisoners, anyone?). Besides, the stylish promo shots are ticking all my art direction geek boxes. Let me feast my eyes already. 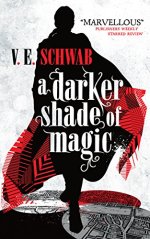 …speaking of eye candy. Originally set to be a tv show, Schwab’s engrossing portal fantasy of parallel Londons and stolen magic is now getting the movie franchise treatment, apparently. This is a slow burn, folks, but I’m in it for the long haul. Just think of the art direction to do this justice. And the costumes, for crying out loud.

HBO snapped up Madeline Miller’s recent re-imagining of the semi-divine Greek witch who turned Scylla into a ravening sea monster and men into pigs. I hope they manage to tease out the feminist strands rather than focusing on the patriarchal bullshit, but with an HBO budget behind it this should be glorious.

My heart is just bursting to discover that not only is long-time favourite Station Eleven in the works, it started filming earlier this year. Mackenzie Davis and Himesh Patel headline, with Gael Garcia Bernal showing up along the way (hel-lo). Safe to assume this will be delayed for staggeringly obvious reasons, but fingers crossed it completes production.

I am still SCREAMING with joy to hear that Tasha Suri’s epic debut got a TV deal. This will be another visual delight – amazing sets, sweeping sky vistas, the dancing – but I’m mostly just delighted to see shows in development that centre non-European fantasy worlds. And I get to hope that Realm of Ash will follow it, right? Right.

Mexican Gothic has swept the bestseller lists and catapulted straight into a TV deal with Hulu. I’m so glad to see Moreno-Garcia go mainstream and this creepy, intoxicating tale is a sure-fire winner, all atmosphere and pitch black Gothic drama. And I can hope for a show set in the Certain Dark Things universe in future, yes?

One of my favourite books of 2018 is also getting an adaptation, this time from the team behind Downton Abbey (which… is a weird flex, but let’s just take it as short-hand for Damn Fine Production Values and move on). They better pay Kate Bush whatever she damn well asks for for the rights to use the music. 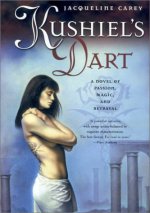 There seems to be some confusion about whether this will be a show or a movie – or both – and Starz are  apparently involved so it could be trashy as hell, but… well, this is still irresistible. It needs to be a visual delight with mighty fine acting and hooboy I’ll need to work on my blush reflex, but… yeah. Go on then.

I feel bad for not including The Fifth Season and Ancillary Justice on this list, but honestly? I’m too nervous to be looking forward to them. I’m terrified they won’t do them justice. I hope they do. I REALLY hope they do. But… until I see some early shots and a trailer, I’m just going to worry.

And yes, I AM wildly excited about a Locke Lamora TV show, but those rights have been sold before and never actually made it into production, so I’ll believe it when I see it. Similarly, Temeraire has been sat in Peter Jackson’s back pocket for so long that George R R Martin might finish writing A Song of Ice and Fire before we see the Napoleonic Wars with dragons on-screen.

The thing I’m most surprised to find myself excited for is middle-grade portal fantasy Wildwood, which I appreciated rather than enjoyed – but it’s about to enter production at LAIKA, which is… the perfect fit for it, because this book’s glory was Carson Ellis’s amazing artwork. One to watch out for, folks.

I’ll close with another one to watch out for: the adaptation of Octavia Butler’s Wild Seed being developed by Viola Davis and Julius Tennon’s production company for Amazon – with none other than Nnedi Okorafor as co-writer. All hail. This is Serious Biznis.

For a comprehensive list (regularly updated) of movies and shows in the works, Tor.com mostly has you covered. If anyone has heard anything about the fate of the Fractured Europe / Europe in Autumn pilot, I’m all ears.

Any books you’ve read that you’d like to review but haven’t for whatever reason?