Happy tenth birthday to Top Ten Tuesday, helping us share lists about books and bookish things every week since 2010! The much-loved meme was created by The Broke and the Bookish and is now hosted by That Artsy Reader Girl. This week we get to celebrate with any topic we choose, so I’d like to take this opportunity to ding the bell for that misunderstood beastie: the 3 star review.

First though: THANK YOU SO MUCH to Jana and the rest of the gang from The Broke and the Bookish for TEN YEARS of delightful weekly prompts.

Wow. Here’s to the next ten years!

While it was tempting to use the tenth anniversary to celebrate my all-time favourite something or other, I’m here today to ding the bell for 3 star reads. Every now and again I see someone (usually on Twitter) insist that reviewers ‘owe’ it to give a book 5 star ratings or not rate it at all, and it baffles me. Sure, I think twice about reading books that average 1 or 2 stars, but 3 and above? It wasn’t for everyone, but it may be for me.

Around here, I use 3 stars to indicate a perfectly good read. It may have been objectively great, but subjectively not really my cup of tea. Or it may not be my new favourite, but I’ll likely pick up the sequel. Either way, I’m going to recommend it (maybe with caveats). On that note, I’d like to introduce ten three star reads I highly recommend (if perhaps less often than I ought to):

This is a 3 star read that I half expect to bump up to 4 when I reread it. It’s not what I expected, and misplaced expectation often affects enjoyment because it shapes mood. Yes, I’m a mood reader, sorry. But I’ve been recommending this wholesale as an entertaining marital melodrama fronted by a capably murderous heroine who may never understand why people don’t like her very much. I’ll be rereading it when the sequel The Ikessar Falcon gets rereleased. 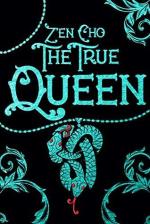 Expectation and mood probably has a lot to do with how I feel about The True Queen, too. In this case, I adored the first book so the sequel had a lot to live up to. Instead, it was a little too whimsical (even farcical) for my mood on the day. But if you are looking for an amnesiac farce with queer romance and extravagant faerie plots, this may be the Regency fantasy of manners for you.

I’ve read this book three times – just to put to bed any idea that a 3 star read isn’t one you would want to revisit. Sure, I did it in part because it leaves me conflicted, but it’s also the Culture novel that lets you spend the most time with the Minds in all their glory (even if it’s also the one that finally had me despair at what Culture humanity becomes). Not the Culture book to start with, but essential reading. Even if I will skip half of it next time.

…speaking of skipping half of it, The Passage is a classic case of “other people will love this more than I did”. Me, I think there’s a really good post-apocalyptic road trip novel here, bookended by a terrible first act and a tedious epilogue. But that central act? Great characters, edge of my seat tension and solid action sequences. Worth reading it just for that (besides, you might like the rest too). 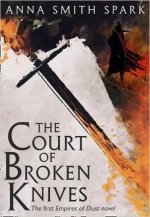 It’s no secret that I don’t love grimdark, so it was always going to take a miracle for me to love Anna Smith Spark’s poetic bloodbath. Objectively, this is at least 4 stars: beautifully written, gorgeously imagined, and with intriguing politics – but I hated the character who comes to dominate it so I always recommend Godblind instead. See what I did there? Sorry, Marith, not sorry. But this one is very subjective.

The Near Witch – V E Schwab

Of all my three star reads this week, Schwab’s debut is probably the closest we’ll get to ‘fine’ in that tone of voice. This is a fabulous fairytale set-up, but it never quite convinced me to swallow the world-building. That said, I recommend it for younger readers – it’s gloriously atmospheric, and I’m always here for a YA novel where the heroine rejects the toxic love interest right off the bat. 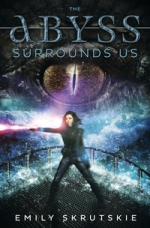 The Abyss Surrounds Us – Emily Skrutskie

I chuntered the whole way through The Abyss Surrounds Us. It was too this, not enough that, and I was really in the mood for something else. But somewhere between finishing it and writing about it I realised it had won me over. Kaiju, a ruthless pirate queen I LOVE and an f/f romance that acknowledges its issues and is really well handled… it’s epic and daft and the sequel is (for my money) even better. Now a duology I’ll happily push any time. 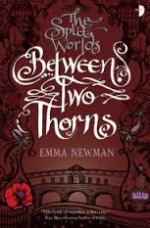 A smash the Fae patriarchy urban fantasy of manners? An examination of the dangers of educating your daughters? A refusal to let romance tropes off the hook? All this and so much more – this is not a light-hearted read, although it is fast and you will be furious. I found it unexpectedly challenging in all the right ways, and recommend it for anyone looking to test their feminist instincts.

This is another case of subjectively appreciated but not particularly enjoyed. Self-determination, ethics and purpose all get examined through the lens of a very-modified dog soldier whose understanding of what it means to be a Good Boy undergoes dramatic change after his feedback chip is disabled. Objectively excellent, but helpful to enjoy a military focus (any chance I can get an SF courtroom drama soon? Please?)

Let’s end on a much quieter, even more introspective note. Winter Tide is a book that explores prejudice, loyalty, heritage and belonging with an emphasis on diverse characters and found (even forged) family. Catnip… but it helps to also have some sympathy for Cthulhu mythos, which it turns out leaves me absolutely cold.

Are you put off by a 3 star rating? Why?