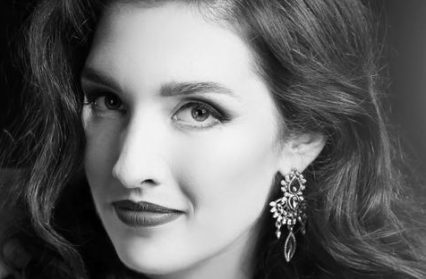 Jodie Bond is the fantasy heroine of her own life: a farm girl from a family of Welsh gin makers who performs as a burlesque artist and has written a darkly intriguing debut novel, The Vagabond King. To celebrate its launch, I’m delighted to help you get to know her a bit better. 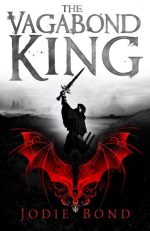 The Vagabond King is the story of Threon, exiled from his kingdom in the Waterlands when it is conquered by Thelonian raiders. Surviving on the streets, he allies with a faithless witch, a rebel solder, and a god-cursed woman who are determined to shift the balance of the world. But the gods are taking a direct hand in the fate of the Empire. Threon and his friends will need to overthrow an immortal Empress – partner to the Earth God himself – if they are to free everyone from Thelonian rule…

Jodie Bond was kind enough to share some (unspoilery) thoughts on The Vagabond King.

What themes did you want to explore in the book?

In the novel, a mineral called vish is discovered on the island of Thelonia. Consuming it promotes healing and, if taken frequently, it can prolong life indefinitely. I wanted to write about what might happen to society when immortality can be bought by those who can afford it.

In our world, a thing called the ‘resource curse’ refers to the paradox that countries with an abundance of natural resources (such as fossil fuels and certain minerals), tend to have less economic growth, less democracy, and worse development outcomes than countries with fewer natural resources. It seemed inevitable that this would apply to a land with such a valuable substance. It was interesting to explore the inequality between the rich immortals and the poor who are forced to serve them

In their greed, the wealthy tear up the island’s natural landscapes, replacing greenery with open pit mines. As they dig ever deeper in search of their precious mineral, farmland grows scarce and they are forced to prey on perceived ‘weaker’ countries to take what they need by force. Nature is hugely important to me; I wanted to hold a mirror up to the destruction we humans are responsible for in our greedy pursuits for resources.

So the mineral ‘vish’ was a chance to explore how mankind can be corrupted by things that give them power?

Humans are naturally greedy creatures. Greed is something we’re all born with and it’s our responsibility to fight against it to ensure a more equal society. Threon knows that vish is the source of huge amounts of corruption and suffering. He makes it his mission to undo the damage the mineral has caused, but being human he has to battle against the innate desire for something so precious.

What could be more valuable than a substance that can heal and perpetuate life? If such a thing were discovered in our world, it would immediately be under the control of the elite. I suppose vish allowed me to explore some subtle social commentary on greed and power.

The gods take an active role in the events in your world. What inspired that?

I love the old Greek and Norse tales. The gods in my world are flawed, all sharing human characteristics but with dangerous levels of power. They grow bored easily and enjoy playing with those who serve them. But they also fight among themselves. The gods of earth and sky are in a bitter battle to control most of the populace and thus command more worship, the thing they crave most. Their sister, the water god, rolls her eyes at this behaviour, having seen the same thing unfold between the three over the centuries. In many ways, they are like teenage siblings vying to establish their place in life. This is much to the detriment of their human followers, but the gods aren’t always interested in what’s best for those who serve them.

Let’s talk about the Void and its “witches”: what inspired you to create a force that can neutralise the gods?

In the novel, those who practice ‘the void’ refute the gods, finding power and peace by avoiding the often perilous interferences that the deities inflict on their followers. The Guardians of the Void are pious and disciplined, much in the way many followers of faith are in our world. It was interesting to turn this on its head, and explore the values of those who deny faith.

The Guardians are integral to maintaining balance in the plot. I was determined to avoid falling into a deus ex machina situation where all-powerful gods can resolve a situation their way, regardless of what the mortal characters do. The void counterbalances the gods’ power and keeps them in check.

Tell us a bit about yourself?

I’m originally from mid-Wales and spent my first years on a farm just north of Aberystwyth. The place was off-grid, five miles from anything that resembled civilisation, and very wild. Later, when my parents divorced, I moved to another farm which was totally derelict. We spent a year living in a caravan while my mum and my step father worked fastidiously on the building, making it their own. They did a fine job – it’s a beautiful place now, a cosy old farm building surrounded with an abundance of wildlife.

My dad stayed at the farm near Aberystwyth and it became a mecca for ravers as he rediscovered the abandon of single life and hosted some of the biggest parties in the country. The farm often looked more like a festival site. My younger brother and I had an unconventional childhood under his watch, running free with thousands of soft, pill-popping adults in the wild hills. I like to think my parents’ contrasting serenity and revelry have taught me balance as an adult.

Since leaving home I’ve lived in Buckinghamshire, Birmingham, British Columbia and now live in Cardiff with my husband, our dog and two cats.

How do you fit your writing around your day job?

I work for a cancer research organisation by day: although there are a lot of hard realities to face with the disease, there is also a lot of hope. I work in public relations and have the privilege of speaking to many scientists about their work, learning about some of the truly staggering research being conducted in Wales. Other jobs I’ve picked up along the way include working on a vineyard, on a lavender farm and for a circus.

By night you might find me in a very different setting, flaunting feathers and flesh on stage as my alter ego, Vixie Rouge. Burlesque dancing is a lot of fun and a real celebration of the female form in all its guises. I dance with Cardiff Cabaret Club, who are a marvellous troupe of women. I would be lost without them. One day I hope to write about the life we share behind the velvet curtains.

I’ve always loved writing. I had a wonderful English teacher who indulged me in reading all the stories I put together at home. With a nudge from her I was lucky enough to take part in the Beacons Project, which is a writing programme for teenagers run by the Hay Festival. Meeting so many inspiring writers there cemented my decision that I would one day be a writer. I studied creative writing at university… and then rather forgot about my ambitions in my twenties, which seem to be designed for misbehaviour. As my thirties loomed I didn’t want to regret never doing the thing I’d promised my childhood self. I set the big 3-0 as a deadline to write a novel – and so The Vagabond King was born. I try to write every day and it has become a part of my regular schedule; I try to sit down for an hour or two each evening to get the words down.

What do you hope people will get out of reading this book?

The novel is relatively short for a fantasy, which are renowned for spilling over hundreds of pages. With The Vagabond King I wanted to focus on plot and character, driving the story on at pace. I don’t want to allow much time for the reader to stop and look around – I want them to be engaged in the jeopardy of the moment and follow close at heel as the story unfolds.

Readers can choose to find some meaning in the themes of human greed, loss of natural habitat and societal inequality, but mostly I hope people will enjoy a good story.

Jodie Bond’s dark, epic fantasy is the first in a trilogy. It is available now from Parthian Books. If you’d like to learn more about it, check out the other stops on the blog tour celebrating its launch: