Another exhilarating year of Subjective Chaos has come to an end: in amongst the many events at Dublincon, we announced our 2019 winners – and celebrated as our 2019 Fantasy winner took home the Campbell for Best New Writer (don’t say we didn’t tell you). Enormous congratulations to Jeannette Ng!

This was a year of tortured final decisions and unexpected results – nobody (including any of the panel) managed to call the outcome in advance, but we’re delighted to announce this year’s winners:

The fantasy category was incredibly diverse again this year, making it difficult to pick between such different nominees: a supernatural thriller, a haunting exploration of love, an alt Chinese grimdark, djinni magic and intrigue, and an African-set YA tale of resistance.

Our winner is set in a world where we shed our skins, each moult changing our nature and severing emotional ties. Aliya Whiteley’s The Loosening Skin is one of the most unusual books I’ve read this year, unsettling and memorable.

This has once again been the toughest category from start to finish, with the panel split from first nomination to final votes. Hats off to all three finalists – but congratulations to James Smythe for winning our hearts with his rejection of dystopia. 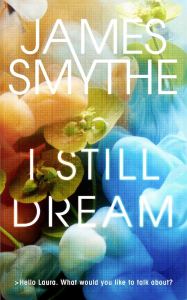 A look at where AI might go wrong: at how we design our flaws into software and have our way of life threatened by the consequences; about the arrogance of techbros – and the power of compassion.

This year gave us myth, crime, time travel and an unexpected relocation of one nomniee to SF (where it was a finalist). Blurred Boundaries is by definition us at our most chaotic, but – after last year’s fraught last-minute debates – the panel’s decision was delightfully harmonious this year.

A murder mystery, an alternative history, a love story, and a psychological study, this rich stew serves up a battle of wills between the four brilliant women who invented time travel.

There were so many great novellas in 2018 that there was discussion at one stage of pitching novellas in every category to feature more of them. In the end, we felt they were at a disadvantage in the novel categories, making the competition in Novella even fiercer (and Murderbot didn’t even make it into the ring!) 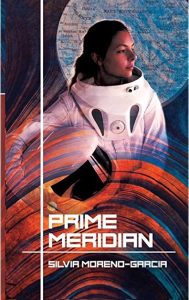 Yet in the end, the decision – agonising though it was given our brilliant finalists – saw almost all of us back one remarkable tale. Silvia Moreno-Garcia captures the zeitgeist with her often melancholy, sometimes resentful, always fierce depiction of chasing dreams in a near-future Mexico City.

Assassins, star-crossed teen lovers, supervillains, space opera and a spy thriller portal fantasy: each had at least one champion on the panel, making this one of the trickier categories to narrow down. Our finalists both stood out for being exceptionally timely in topic and brilliantly executed.

Our winner is a tour de force of imagination and a clarion call to resist. This is a series of unexpected juxtapositions and dry wit, a dystopian hellscape full of sharp commentary on ethics and free will that lets nobody off the hook.

Catching up on this year’s gems! Pitch me your 2019 faves while I have time to read them before Subjective Chaos returns in January…