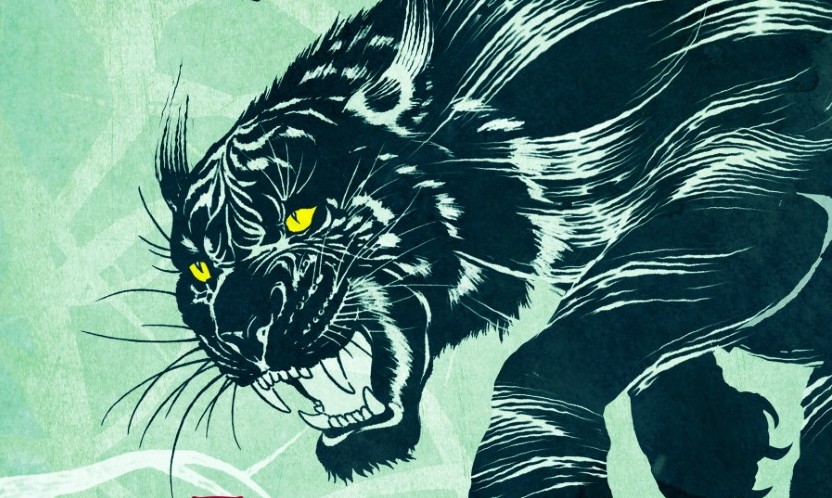 Read this series, they say. You’ll love it, they say. You like fantasy. This is fantasy. And they aren’t wrong. But The Winnowing Flame by Jen Williams isn’t your typical fantasy trilogy. To celebrate the launch of final book The Poison Song, here’s 5 reasons you should climb on a bat and join the fight for Sarn!

What? You haven’t heard of The Winnowing Flame? It’s Jen Williams’s second trilogy, starting with the British Fantasy Society and Subjective Chaos (you know I couldn’t resist the shout out) award-winning The Ninth Rain (about which I have done much flailing this month):

The great city of Ebora once glittered with gold. Now its streets are stalked by wolves. Tormalin the Oathless has no taste for sitting around waiting to die while the realm of his storied ancestors falls to pieces – talk about a guilt trip. Better to be amongst the living, where there are taverns full of women and wine.

When eccentric explorer, Lady Vincenza ‘Vintage’ de Grazon, offers him employment, he sees an easy way out. Even when they are joined by a fugitive witch with a tendency to set things on fire, the prospect of facing down monsters and retrieving ancient artefacts is preferable to the abomination he left behind.

But not everyone is willing to let the Eboran empire collapse, and the adventurers are quickly drawn into a tangled conspiracy of magic and war. For the Jure’lia are coming, and the Ninth Rain must fall…

And all of that is true. But it doesn’t begin to scratch the surface of what Jen Williams has in store for readers of this amazing trilogy, so I’m here today to give you five reasons you should give it your eyeballs (careful with those, some characters in this trilogy might take that offer literally).

Jen Williams has crafted a stunning post-apocalyptic world: the noble estates, nomadic Plainsfolk and deserted ruins with the grandeur of Osgiliath may sound familiar, but wait until you enter the Wild. It’s literally a jungle out there, with monstrous plants and mutant animals dying to sink their teeth into you – and parasite spirits who can turn you inside out. That’s not a metaphor, in case you were wondering.

Deep in the vines – if you make it that far – there are the shattered wrecks of the Jure’lia: a race of insectile aliens who have invaded (and been driven back) eight times. They have neither pity nor remorse. They will steal your body, devour you from within and drown you in lakes of resin to preserve your dying moments for a horrified eternity.

As for the Eborans – first, last and only defence against the Jure’lia – that glorious race has been reduced to a handful of red-eyed former immortals who are conflicted about drinking your blood.

…and I haven’t even touched on the witch-fire steampunk. Trust me, Sarn is like no world you’ve read about.

A fantasy that ignores gender defaults and twists expectations

Jen Williams is no stranger to the idea of strong female characters, and she certainly doesn’t feel the need to limit herself to one or two. The Winnowing Flame is driven by women on every side. Heroes and anti-heroes, villains and rivals, even the casually encountered leaders of communities in the Wild are more likely to be female than not in this trilogy.

Don’t worry – this is an equal opportunities fantasy! It makes plenty of space for its male sidekicks. But expect some unusual supporting roles: let’s hear it for the flouncy vampire elf courtesan blademaster; or the gentle, withdrawn,  noble cousin who must be coaxed out of his grieving shell.

There’s room for everyone: welcome to a world that is casually diverse

This world may once have had kingdoms and empires, but the Jure’lia have shattered them all – and Ebora has destroyed itself. Now it’s enough to be human. The prejudices focus on whether you used to invade and drink my people’s blood (thank you Ebora, way to make friends), and whether you can burn me to a crisp if you get angry (fell witches: they don’t always intend to explode) – not what colour your skin is or who you like to snuggle up to.

But just as with her take on gender roles, Jen Williams isn’t interested in default. She casually but explicitly builds diversity into her main and supporting cast. So expect people who are straight, gay, trans, black, blonde, and the rest – including those red-eyed vampire elves…

This fabulous nuance may be all in my head, but I love the gendered gaze of these books. Traditional fantasy lavishes attention on its female character breasting boobily in their scanty armour (okay, maybe that’s just the cover art, but you know what I’m talking about) while men have stern gazes and strong arms.

The Winnowing Flame has lots of female POVs and damn right that means a sometimes-lavish female gaze. And when it’s narrated by its male characters (yes, they get a fair share of the POVs, even if I did call them sidekicks) it’s still not your traditional male gaze (whilst being clearly distinct from the female gaze). The gaze is specific to the gazer: the details we observe through Tor’s red eyes are different to those we see through Vintage’s brown ones – even when they’re both looking at Noon.

Or let me put it another way: Novice Lusk and Tormalin the Oathless and Bern the Younger are HAWT. And I’m not actually all that sure what Noon looks like, but I know she’s really quite young and she acquires a really good coat (thanks Tor. You appreciate a warrior woman’s strength and your companion’s dress sense – as long as she isn’t stealing the clothes from your backpack).

The world is outrageously bleak – and gets darker by the book – and its horror-fuelled world-building and flawed heroes could be grimdark staples (…and then there’s Hestillion). But The Winnowing Flame isn’t interested in being pigeon-holed.

It’s blending epic fantasy with elements of sci-fi and horror. It’s taking a grimdark setting and injecting heart and warmth. It just wants to show you a good time*.

I strongly urge you to let it.

* Warning: good time may include shuddering, squeaking and bad dreams

THE POISON SONG by Jen Williams is out now, published by Headline. You can find Jen on Twitter as @sennydreadful

Check out the rest of The Poison Song blog tour 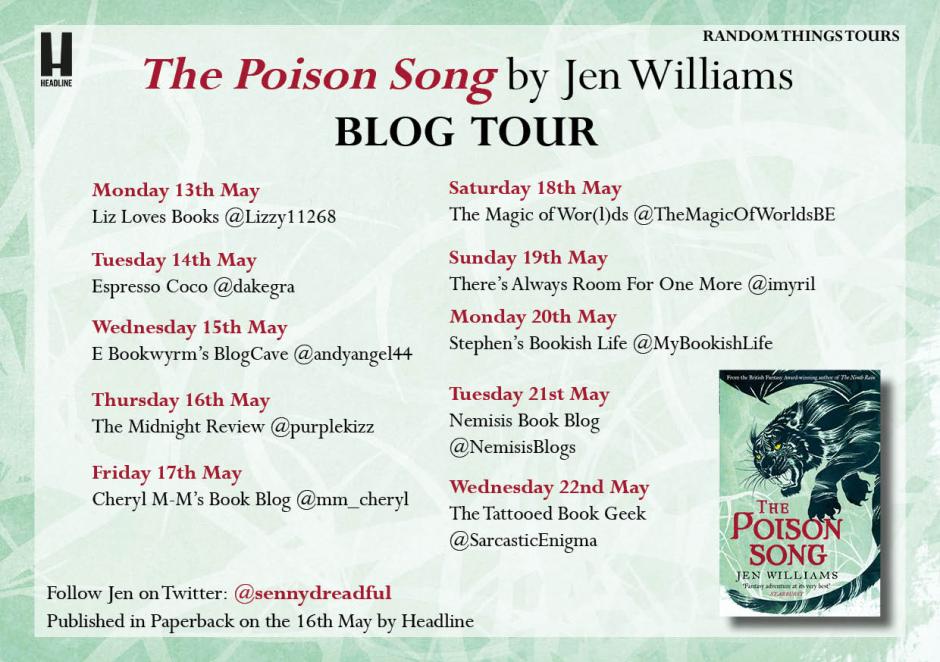