Top Ten Tuesday was created by The Broke and the Bookish, and is now hosted by That Artsy Reader Girl. It’s all about books, lists and sharing the love we have of both with our bookish friends. This week we’re wishing for sequels… probably. Maybe. Maybe not? I like a good stand-alone. Just saying.

There was definitely a time in my life where I deliberately sought out series. I wanted to know a story was with me for the long haul. I wanted to add another author to the list I patiently waited for each year. I guess I wanted certainty, and ease of something to look forward to.

Living in Holland in the 90s, it was easier to ask when ‘the new Katharine Kerr. Kerr. No, not Kurtz. Kerr” book was coming out, than try to find out what was being generally published. I didn’t have access to a library that got a steady stream of new books in; I was just at the whim of whatever Waterstones or the American bookshop in Amsterdam stocked.

But as I’ve got older, the Internet has made it easier to keep track of what’s coming down the line and I’ve grown warier of investing my time. Series have become daunting. Stand-alones have become more attractive. But that’s not to say I don’t sometimes read a stand-alone and wish for a sequel or more stories set in that world… Sometimes. 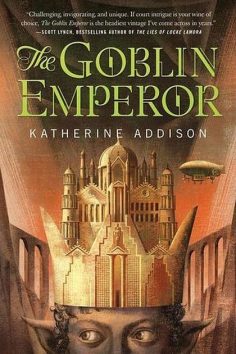 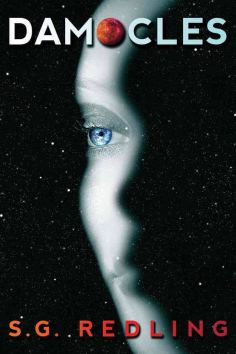 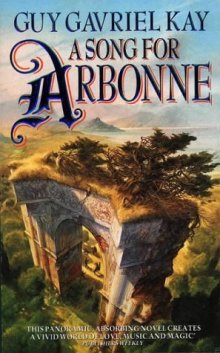 This queer cyberpunk space opera of immortal emperors and a powerful spacer guild is fascinating. It wastes little time explaining its world-building, but there’s so much going on in the background. All the politics to play with! So many consequences (of the core narrative and of the world-building) to dig into! Yes please. Sadly, this remains Wright’s only book as far as I know.

Oh look, another queer cyberpunk space opera (spot a favourite trope) set in a universe of labyrinthine interracial politics and a brilliant immersive RPG. Thankfully Scott has written many other queer space operas, but… I’d like to go back to the world of Burning Bright, with its bikes and canals and see how it survives being the little piggy in the middle of powerful neighbours.

I love GGK’s stand-alone novels. I don’t want a direct sequel to Arbonne – it ties up its loose ends admirably – but I’d love to see a collection of short stories set in this world of music, faith, and toxic international politics. I want to follow a troubadour for a season; I want to hear more about the cities Portezza, and the coastal countries north and west of Gorhaut; I’ll even take tales of courtly love. Yes, me.

This is another book I’m not keen to see a sequel too, but if Harkaway ever publishes a companion novel featuring the adventures of Edie Banister I’d buy it in a shot. There is a short story (Edie Banister Investigates), and it just left me wanting more. Sadly, I think Nick Harkaway has bigger subjects in his sights than the swashbuckling mayhem caused by a queer octagenarian spy.

I actually check periodically to see if Redling has announced a sequel to Damocles (sadly not, to date). Humanity has achieved interstellar travel and determined that our origins lie out amongst the stars. Damocles is one episode in the mission to find our interstellar cousins: there’s scope for so many more (and I enjoyed Damocles sufficiently that I’d love to read them).

I’m not longing for a sequel to Addison’s remarkably optimistic political fantasy, but it’s definitely a world I would happily revisit. Especially if it were to read the paradigm-challenging adventures of Maia’s piratical Aunt Shaleän and her long-suffering wife.

The reality though is that there are probably more books that I wish didn’t have a sequel. Some are disappointing, others just miss out on the heady success of the first volume (although it could be worse – just look at Hollywood). Yet every now and again, I’m pleasantly surprised. I would never have said the Girl With All The Gifts needed a companion, but I really enjoyed The Boy On The Bridge.

Still, I would never ask for a sequel to a John Wyndham novel (apparently someone did try to write a sequel to Day of the Triffids; I didn’t read it), or to Richard Morgan’s stand-alone cyberpunks (I love Market Forces – Bankers Do Death Race – but I don’t need more of it; I just want to see it on the big screen).

I tend to enjoy the first book William Gibson writes in a new trilogy, but hate the second and be lukewarm on the third; for me, he’s written brilliant stand-alones (Neuromancer, Virtual Light, Pattern Recognition). Polar City Nightmare is fun – and I enjoyed seeing certain characters get to confront their issues and move on from their past – but forgettable; I don’t feel the need to read it when I reread Polar City Blues.

And so on. Yet there’s no avoiding that most of the books on my shelves do belong to a series – at the end of the day, it seems I’m still all in for the long haul.

What stand-alone would you like to see a sequel to?