Top Ten Tuesday is a weekly feature created and hosted by The Broke and the Bookish, in which we talk about a bookish topic and have fun making lists. This week, we’re getting ready for summer!

While I could have taken a more innovative approach, I’m keeping this week as simple as a flail about the books I’ll be reading this summer. I have no intentions of aiming for 20 this year (not that I achieved 20 last summer!) as I’ll be working flat out on a really tough project, but I’m looking forward to the reads that I’ve got queued up.

Definitely coming up are my commitments – ARCs and read-alongs – although these are all a joy, not a hardship. 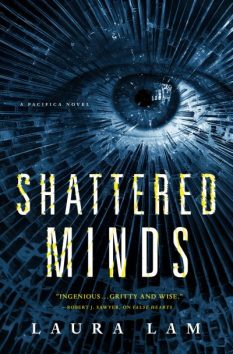 The Space Between The Stars – Anne Corlett

This seems to combine several of my favourite motifs: humanity expanding across the galaxy; a flupocalypse; and an unexpected message summoning the survivors to try and rebuild. There’s hints this is quietly introspective, I’m expecting slow, haunting and beautiful.

The Split Worlds saga finale – how will Emma Newman resolve the many, many plots in play? I can’t begin to guess, but I’m RIGHT HERE for finding out what she does next with Max, Sam, Cathy, Rupert, Will, the Fae, the Agency, Society and the Sorceress.

A companion novel (rather than a sequel) to last year’s brilliant False Hearts, Shattered Minds introduces Zeal addict Carina, who realises a colleague has implanted vital information in her head. Now she must find someone to hack her brain if she is to stop dubious drug company Sudice Inc’s nefarious plots.

Our read-along will be continuing – we’ve already headed into the Tropic of Serpents, and I’m sure we’ll be travelling with Lady Trent to the bitter (or glorious) end. DRAGONS.

Similarly, I’m continuing with the investigations of Peter Grant and the Folly with my Muskedragon companions. By autumn I might actually be up to date (I’ve only read up to Broken Homes previously, but I’m loving revisiting these stories).

However, I’ve also got a monster TBR (don’t we all), so in between the deadlines and the reviews I hope to get to at least some of the following as well: 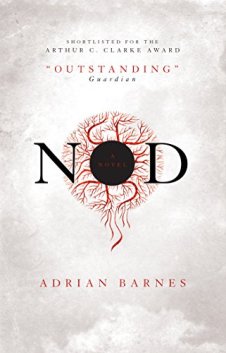 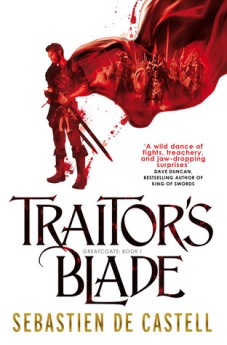 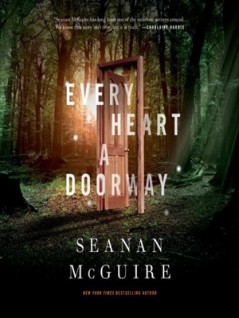 I read Spellslinger recently, and now I’m more determined than ever to pick up De Castell’s tale of disgraced Greatcoats fighting to honour a promise they made to a king they allowed to die. SWORDS. SWASH. BUCKLES. Yeees.

Every time I take a transatlantic trip I think I should pick this up: a tale of the world ending less with a bang than with a whimper. Because when we stop sleeping, we go a bit mad. It’s a brilliant concept for apocalypse, and I really want to get to it.

Every Heart a Doorway – Seanan McGuire

It’s also past time I caught up with Seanan McGuire’s portal fantasy novella (not least because there’s a sequel, and soon to be a third; but also because literally everyone tells me it’s AMAZING). I love the concept: what happens to children who make it home through the portal?

I made promises to read some non-genre this year, and I’ve had The Essex Serpent on my shelf for months. A well-to-do widow and a local vicar are brought together when their Essex village is torn apart by rumours of the return of a mythical monster. Love and intellectual arguments. Sounds like home.

I talked about Bodies of Light last week, which made me realised I was yet to read the sequel. I want to know how Ally gets on as a fully-fledged doctor (hopefully we won’t see too much of her awful mother). Moss explores Victorian mental health and the challenges of a long-term relationship. It won’t be easy, but I’m sure it will be rewarding.

What books will you be enjoying this summer?