Top Ten Tuesday is a weekly feature created and hosted by The Broke and the Bookish, in which we all talk about a bookish topic and have fun making lists. It’s on hiatus at the moment, but a conversation with The Bibliophibian got me looking at what’s been on my TBR the longest…

We regularly take a look at our mountains of unread books for Top Ten Tuesday, but we tend to focus on what we’re most excited to read. When Nikki asked for reassurance that other people had had books lying about for a long while, I took a look at the unread books on my shelf and promptly developed a far guiltier conscience than I bargained for.

So this is me coming clean: a survey of a handful of the books that have been sat on my TBR for far longer than they should. My guide to this is my trusty LibraryThing catalogue and my rusty memory (I know I’d had some of these a long while before I acquired a LibraryThing…)

Perhaps I should admit I may never read these 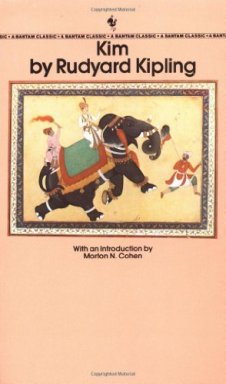 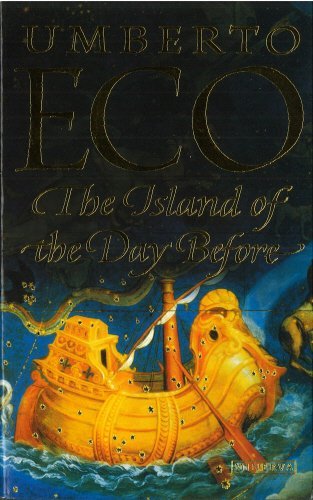 Kim is the book that has sat on my TBR longer than any other (unless I include the Bible I was given for my christening. If that counts, I’m DOOMED. Twice-over, presumably). I brought Kim home from Jordan with me in 1997 after one of my fellow archaeologists gifted it to me. But it’s not exactly my usual taste, so it has sat on the shelf ever since. One day, Kim. One day.

The Island of the Day Before – Umberto Eco

In second place is a book I borrowed from my university housemate – I had made a start on it, and he was kind enough to give it to me to finish as he had no intention of reading it again. I remember tearing through The Name of the Rose, but Island is rather less compelling and more philosophical. Having put it down in 1998, I’ve never gone back to it. Will I? Maybe.

I’m fairly sure this is the book that has sat on my shelf the third longest. I think my then-boyfriend gifted it to me at the end of the 90s on the back of a conversation. I’ve always loved the opening paragraph, but never quite had the fortitude to tackle the rest of the book. But this is one of those I’m determined to read before I die, dammit.

Albion – The Origins of the English Imagination – Peter Ackroyd

I know I really wanted a copy of this, and I was given a hardback edition for Christmas when it came out (2002). But it has sat on my shelf ever since, and is likely to serve no purpose but as ballast from here on in. I should probably find a better home for it where it will be loved as it deserves.

A Fortunate Life – A B Facey

I’m pretty this dates from the early noughties too, a gift from my mother-out-law (who regularly – wisely – buys me books at Christmas, albeit with varied success). This pioneer’s autobiography is essential reading in Western Australia, so she felt it was a necessary part of my joining the family. I really ought to put the effort in at some point. 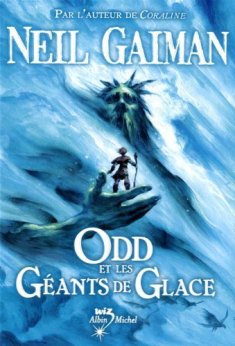 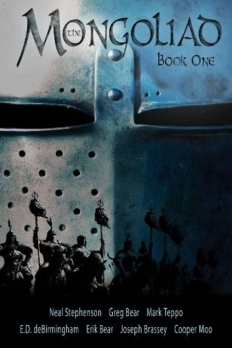 The oldest genre title on my unread list dates from 2006, and is another Christmas gift that I asked for and then failed to read (GUILT). In this case the problem is obvious: the sheer size of this hardback doorstop means it can’t leave the house (I can barely get it off the shelf). The correct answer is probably to invest in a Kindle edition and finally read it.

OK, you can probably spot what’s held me back from tackling Gaiman’s riff on Norse mythology for younger readers. I have a tendency to buy children’s books in foreign languages that I want to brush up on, but my French is a good deal rustier than I bargained for and I’ve not had the occasion since 2010 to focus on it sufficiently to make sense of it. Honestly.

Multiple authors writing multiple threads to weave into an over-arching story? Sounds intriguing (and more recently, Serial Box have shown just how fabulous that can be). But the opening chapter of The Mongoliad didn’t pique my interest back in 2012, and I’ve never gone back to give it another whirl. Thankfully, this was a 99p Kindle deal, which has limited my guilt.

Ah, this would be another case of intimidation. I loved Stephenson’s early work; I’ve struggled with his later novels (the ones everyone tells me are classics). Reamde still sounds like a great read – a thriller set in the world of online gaming – but, ah, it’s nearly 1000 pages long. That’s a big mental hurdle I’m yet to clear some 5 years later…

I picked up the trade paperback edition for the third outing in the Chathrand Voyage (to match the first two on my shelf), but commuting with a trade paperback takes a lot of commitment. Shh, don’t mention that I have been part based from home ever since I bought it… I can’t really defend this lapse: I’ve been meaning to get to it for 4 years now. Maybe this is the year.

Do you have any books on your TBR that are pricking at your conscience more than the rest?