Top Ten Tuesday is a weekly feature created and hosted by The Broke and the Bookish, in which we all talk about a bookish topic and have fun making lists. This week we’re each picking a favourite setting and I’m going into SPACE.

Let’s be really clear here: there’s a lot of books set in space. More specifically, there’s lots of books set in space that I haven’t read. I can guarantee that my top ten will infuriate lovers of trad SF, in which I am badly versed (which is how I plan to remain, as much of the classic SF I’ve read has made me angry or bored). Yes, yes, it was all acceptable at the time, blah blah give them a pass blah blah but no, sorry. I don’t care if it was the norm at the time; that doesn’t make it right, and it certainly doesn’t make it likely I’ll enjoy it. And enjoyment is my number one demand of a book I read. Life is too short (and books are too numerous) to read something you don’t enjoy. Err, sorry, I got distracted. Let’s get back to SPACE. It’s big. It’s popular. It’s often clever. Here are some of my favourite bits of it in no particular order:

I like this more than I probably should, not least because I sympathise with Star Svensdotter’s management style (and challenges). Hard-headed Alaskans building space stations turn out to be surprising entertaining, and this is fine piece of fluff to while away a slow weekend.

The Long Way To A Small Angry Planet – Becky Chambers

I’ve raved about it before, I’ll rave about it again. Motley crew! Much-loved but slightly-improvised spaceship! Dubious mission! Awesome aliens! Lots of spaaaaaaace! Alien reptiles with feathers! This is warm, fuzzy and cuddly even when it’s trying to be menacing, and I have to chisel the delight off my face every time I think about it. YAY.

Having ranted about classic SF, here I go including a book that’s older than I am. I haven’t revisited this for nearly 20 years, but I recall it very fondly: when astronauts find a dead body on the Moon, scientists are bewildered by its age. But 50,000-year-old ‘Charlie’ isn’t the only mystery awaiting us in our own solar system. No doubt this classic included all the tropes I now hate, which eluded me at the time. I’d really like to find a copy and revisit it regardless.

It took me a little while to warm up to Old Man’s War, but John Perry proved a sufficiently likeable narrator and I found myself intrigued by the mysterious hints of what lay beneath the glossy military space opera surface. Not my usual cup of tea, but rather a lot of fun.

I found Ancillary Justice an accomplished novel of ideas that I appreciated rather than enjoyed. The plot never quite sucked me in, and I never really warmed to the Radch or indeed Breq herself. That said, it is terribly well constructed with some gorgeous interludes, and I generally love books about AI and personhood so it more than earns a place on the list. 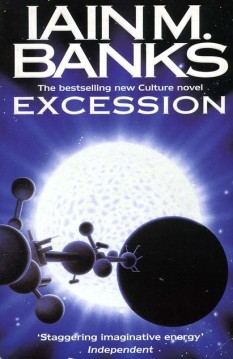 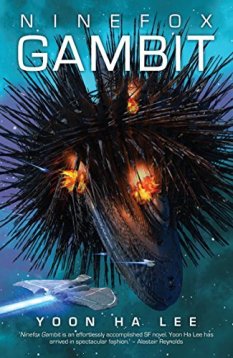 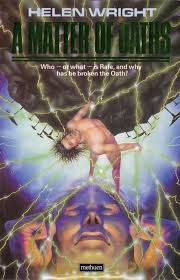 Yes, I’m going to rave about this one more time, because the longer it sits with me the more I like it. I will cheerfully nominate this for every (suitable) award going – it’s well written, with an engaging heroine and an unreliable, amoral sidekick (yay!), once again deals with emergent AI and tackles the ethics of empire and warfare head-on into the bargain. Spectacular space opera with vision and a conscience. Sign me up.

I am so sad that this entertaining debut is little-known and sadly failed to launch the author’s career. It’s a happy space opera stew of familiar tropes with immortal warring Emperors, cyberpunk in place of science, amnesia, a strong dose of ‘I’m getting too old for this shit’ and a dash of romance. Available for free download (although I suggest you make a donation) on the author’s website.

I can’t write about space without mentioning the Culture, and while Excession isn’t my favourite it probably is the most relevant to this week’s topic. I love half of Excession – the half told from the perspective of the Minds (spaceship AI). They’re smart, sassy, manipulative and committed to their individual beliefs – and watching them try to outmanoeuvre one another in response to a perceived threat (or is it an opportunity?) is a joy. Sadly, the human characters just annoy me.

A firm favourite for many years, in this haunting, tragic first contact novel the Jesuits rapidly and secretly send a mission into space after a SETI researcher finds music being broadcast across the galaxy. This isn’t easy reading (we know from the start just how badly wrong things will go), but I loved the camaraderie of the crew, especially the older couple with parental instincts and enormous sense of fun.

In lieu of a tenth, time for some honourable mentions:

The Hitchhiker’s Guide to the Galaxy, which I loved as a teenager but sadly struggle to engage with now.

Dune, which I should reread as I suspect I’ll enjoy it more now than when I first read it.

…and a general nod to Arthur C Clarke, because I remember both 2001 and Rendezvous with Rama fondly if faintly, and I’d still like to read Childhood’s End.

Having had a bit of a rant about classic SF to start, I’ll finish by noting that I do have every intention of reading as much Le Guin as I can get my hands on. And I will at least read the Asimov I own. I remain torn about trying The Forever War, and there’s no way I’m ever touching anything by Alfred Bester ever again. Ever. Have I said ever enough?

Bits of space on my shelf: loads, actually. But that’s okay, because November is SciFi Month and I will jump in with abandon!

What books set in space would you recommend?